Dick den Hertog is full professor of Operations Research at University of Amsterdam, a BDS scientific committee member, and member of the United Nations World Food Programme team that has won the 2021 Franz Edelman Award in April this year. 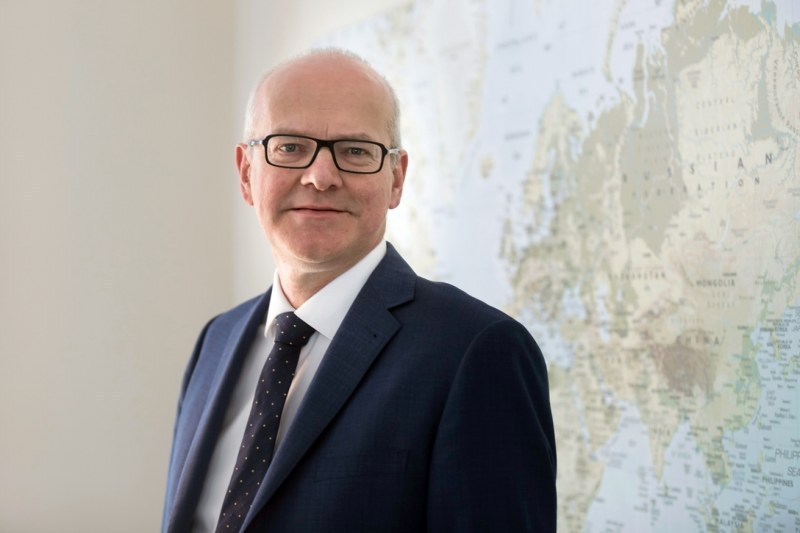 Analytics for a better world and its purpose

On Thursday, May 18 Prof. Dick den Hertog gave a seminar on ‘Analytics for a better world’ and showed how analytics can be of much value to improve our world. Analytics for a better world is an initiative by Dimitris Bertsimas (MIT, United States) and Dick den Hertog (University of Amsterdam) and aims to stimulate research on the societal contributions of analytics by making them more visible.

Throughout the seminar by Dick, he provided various example analytics projects that revolved around making a high societal (and academic) impact. Dick showed how he was able to apply his expertise in robust optimization on projects concerning, amongst many, optimizing the dike heights in the Netherlands, radiotherapy treatments, investment infrastructure in Timor Leste, hospital location network in Vietnam, and the United Nations World Food Programme (WFP) which operates worldwide.

Hunger is a problem for many people and the map below shows that approximately 821 million people worldwide suffer from it on a daily basis. 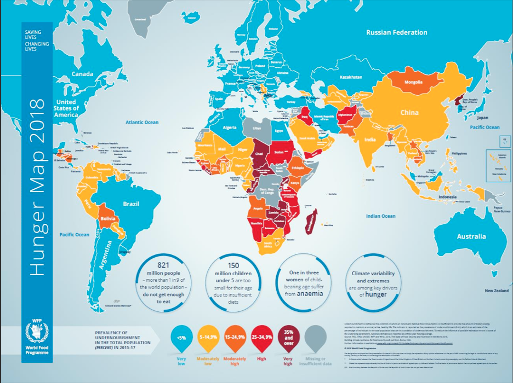 Therefore the United Nations is working hard to achieve the Sustainable Development Goal (SDG) of Zero Hunger and it has runs the WFP which supports 80 million people globally every year by shipping almost 4 million metric tons of food each year.

Nevertheless, the fact is that there is enough food in the world which suggested to Dick and his team that the transportation of food is part of the hunger problem. He and his team have applied their operations research expertise on the transportation issue that the WFP faces, and with great success. Initially the WFP composed nutritionally sufficient meals and distributed them optimally around the world, but what if one accounts for nutrients in the optimization of this supply chain? Then the food may come from locations closer by, which in turn could lower overall transportation costs. This aspect, amongst others, are captured in the Optimus Analytics tool developed by Dick and his team for the WFP.

Consider Syria in 2015: it suffered from hunger due to the war. The WFP was able to provide 4 million Syrians a food at a cost of 100%, and naturally this is done for 2016 as well. However, the plan Optimus has provided would allow the WFP to provide Syrians in 2016 the same nutritional value at roughly 74% of the cost in 2015 (note that no optimization is done by disregarding remote areas; everyone should be helped regardless of costs). In other words, Optimus would allow the WFP to feed 1 million people more given the same budget. This example highlights why the team was awarded the Franz Edelman Award which has as purpose to bring forward, recognize and reward outstand examples of operations research, management science, and advanced analytics in practice in the world.

Elaborate on key points he addressed during the seminar

Although Dick’s expertise is in operations research, his work is an inspiration to scientists to make a substantial societal impact and embrace interdisciplinary research. His work on hunger, for example, also involved elements far from operations research, such as the palatability of the food, which requires expert cultural knowledge.

Conclude and provide links on where to find more information

To conclude, anyone can make an impact especially with expertise. Dick spends roughly half on his time on projects with a societal focus, and the other half on his theoretical work. Working on societal matter can give a feeling of purpose, while offering very interesting challenges at the same time. Therefore, it is important to realize that we can all add value to the world if we put our minds to it.